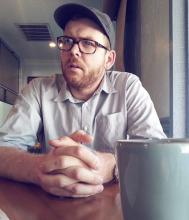 English major Morgan Condict (Paso Robles, CA) has won Cal Poly’s Academy of American Poets Contest for his poem “To an Old Coworker,” which investigates the homelessness crisis in San Francisco through a compelling, personal perspective. He will receive a $100 award from the Academy.

English major Lauren Miller has been named one of two CLA recipients for the University's Academic Excellence Award. Congratulations, Lauren!

The Academy of American Poets contest is open to all Cal Poly students! The first place prize is $100. Apply by Friday, April 27, at 4 p.m. 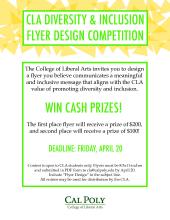 The College of Liberal Arts invites you to design a flyer you believe communicates a meaningful and inclusive message that aligns with the CLA value of promoting diversity and inclusion.

Contest is open to CLA students only. Flyers must be 8.5 by 11 inches and submitted in PDF form to cla@calpoly.edu by April 20. Include "Flyer Design" in the subject line. All entries may be used for distribution by the CLA. 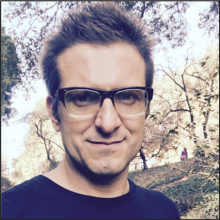 “Anna Świrszczyńska's elemental, extractive accountings of the Warsaw Uprising present a history of pain and of personhood so irremediable and unembellished that neither can be stripped from even the dead. Building the Barricade, harrowing and demanding, here takes its place in English among the twentieth century's master works of war-witness.” —Jane Hirshfield

This event is free and open to the public, generously sponsored by the Department of English and the College of Liberal Arts.
Questions? Email Mira Rosenthal at mirosent@calpoly.edu 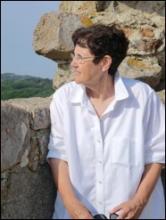 Maggie Anderson is the author of five books of poems, most recently Dear All. Her awards and honors include two fellowships in poetry from the National Endowment for the Arts, the Isabella Gardner Fellowship, and the B.B. Maurer WV Folklife Scholar Award for her outstanding contribution to the preservation and perpetuation of Appalachian cultural heritage. She is Professor Emerita at Kent State University and the founding director of the Wick Poetry Center.

This event is free and open to the public, generously sponsored by the Department of English and the College of Liberal Arts.

A Disney fan since his youth, Tony Baxter was hired as a Disney Imagineer in 1970 at age 23. He began his tenure as field art director for the Magic Kingdom's 20,000 Leagues Under the Sea. In the following decade, Baxter helped define the modern Disney park landscape with attractions such as Disneyland's Big Thunder Mountain Railroad (1979), Imagination pavilion at EPCOT Center and Splash Mountain (1989).

After serving as executive producer of Disneyland Paris in 1992, he returned stateside to redesign Tomorrowland at Disneyland (1998) and for 50th anniversary projects including the restoration of the Disneyland submarines with Finding Nemo Submarine Voyage (2007), the re-opening of an enhanced Sleeping Beauty Castle Walkthrough (2008), an upgraded restoration of Great Moments with Mr. Lincoln (2009), Star Tours — The Adventures Continue (2011) and Fantasy Faire (2013).

Tony retired in February 2013, but continues to serve as a creative advisor and mentor of a new generation of Imagineers. 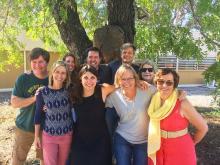 The English Department is excited to announce a new program designed to help our English majors and graduate students explore careers that interest them. Called Career Connections, this program draws on alumni “connectors” (like you!) who have contacts in any of a number of fields that might interest an English major.

7:00 p.m.
Friday, Oct. 27
Multi-Activity Center (Bldg. 43)
Poet Robert Hass will give a reading, followed by an on-stage conversation with English Professor Mira Rosenthal on the poet’s life, activism, creativity, and formal imagination. He will be on hand after the event to sign copies of his books, including the newly-released “A Little Book on Form.”
This event is free and open to the public.
Sponsored by Cal Poly College of Liberal Arts (CLA) and the English Department.
Continue reading Robert Hass Reading...